It is the journey not the destination that matters the most is often quoted but this is certainly the case with Brian and the First Derivatives story.
It is well known that Brian started the company from his mother’s spare bedroom in Newry. But, not as well known that on one occasion in those very early days, long before mobile phones, a German client called his mother’s house requesting to speak to Brian – they were told in no uncertain terms he was unavailable to take the call as he was having a bath.
But from this humble beginning, the journey of FD quickly evolved. As through the growth years thousands of graduates came to Newry for to undertake a training programme which gave the FD team a differentiator over its competitors. Brian invested in his staff which in turn inspired loyalty and this coupled with an ethos of work hard play hard became part of the FD secret sauce. Even as the company grew Brian ensured there was always a family feel to it through his open-door policy.
Success at FD lead to Brian hosting the great and good of local politics, an invitation to the White House on St Patrick’s Day. his receiving off numerous awards and accolades, opening FD offices from New York through to Sydney – the story of Brian and the story of FD certainly was one remarkable journey!
1996
First Derivatives (FD) Founded 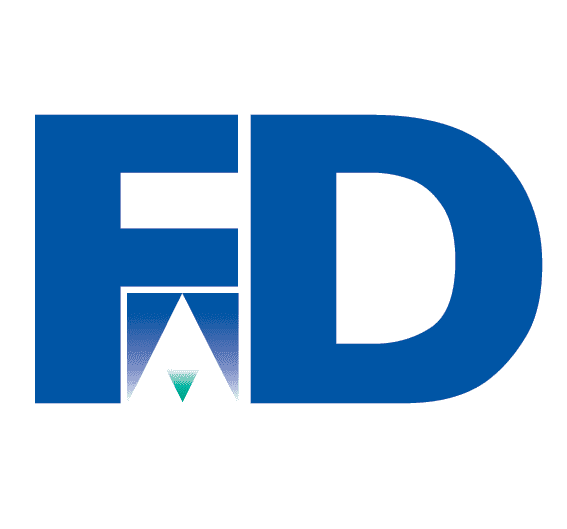 First Derivatives move their HQ from Masters Yard to offices in the Gasworks on the Warrenpoint Road. 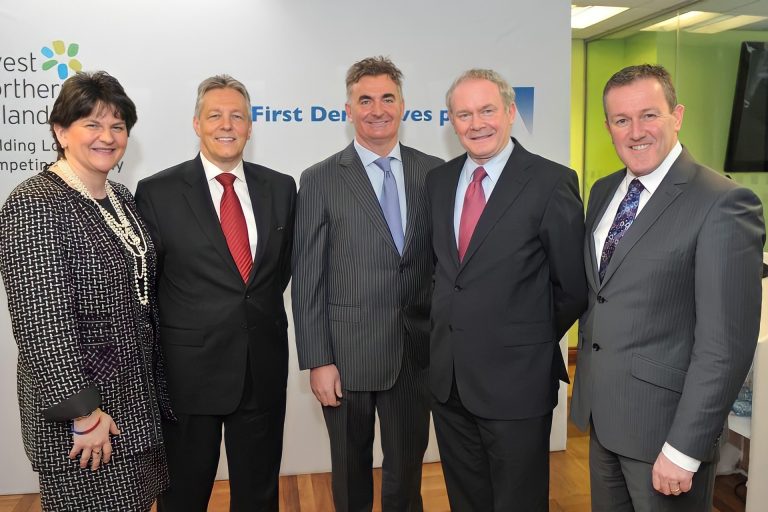 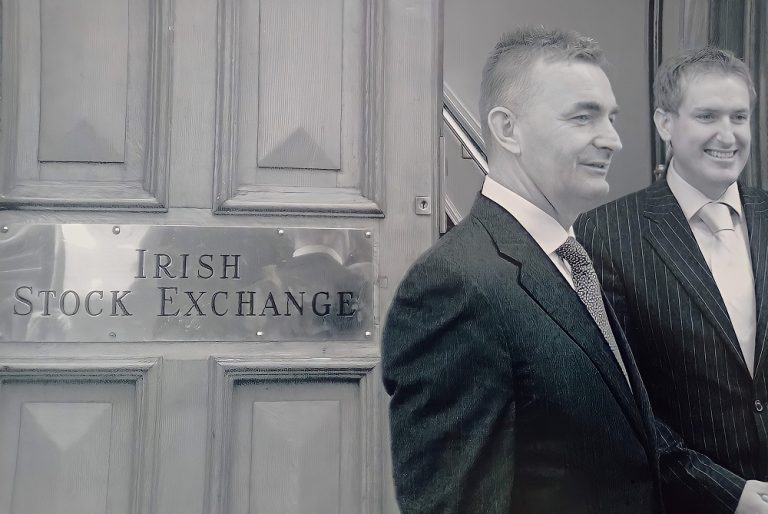 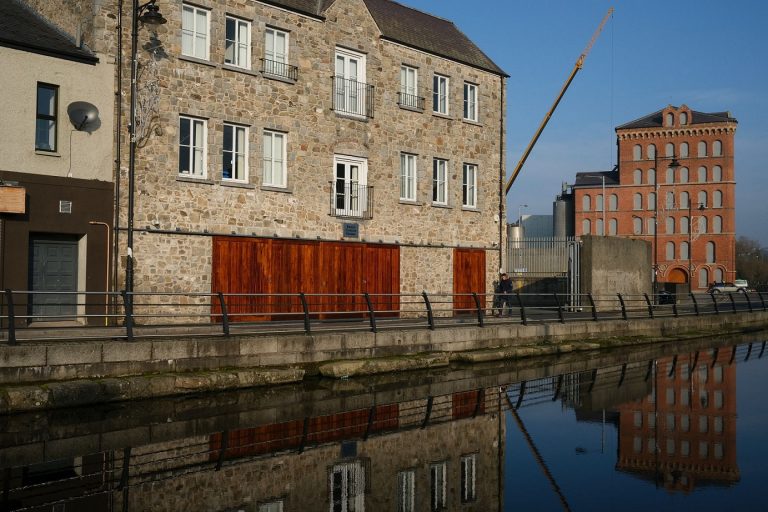 2010
Ernst & Young Entrepreneur of the Year 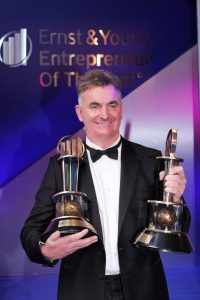 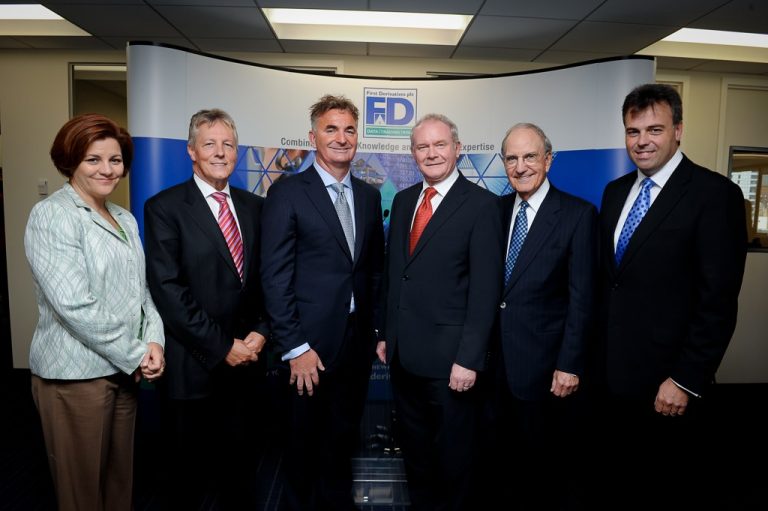 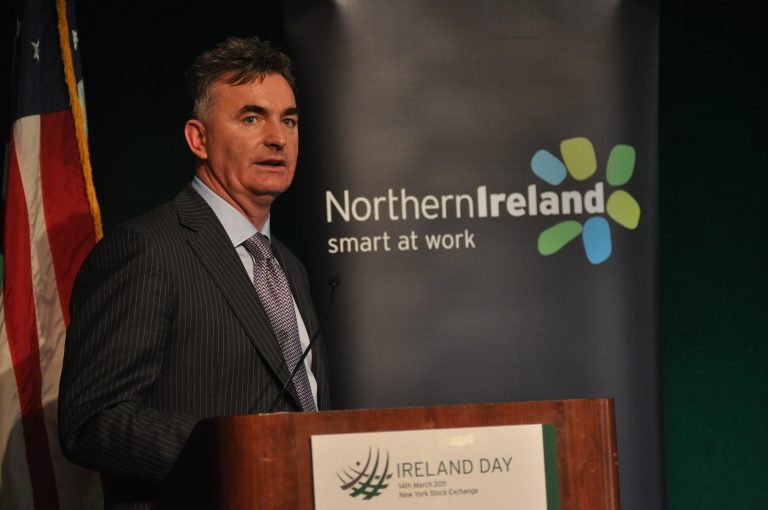 Brian as part of the traditional Irish Delegation on St Patrick's Day is invited to the White House for an audience with President Obama. A few nights before Brian is guest speaker at the US Chamber of Commerce in Washington promoting NI as a place to do business. 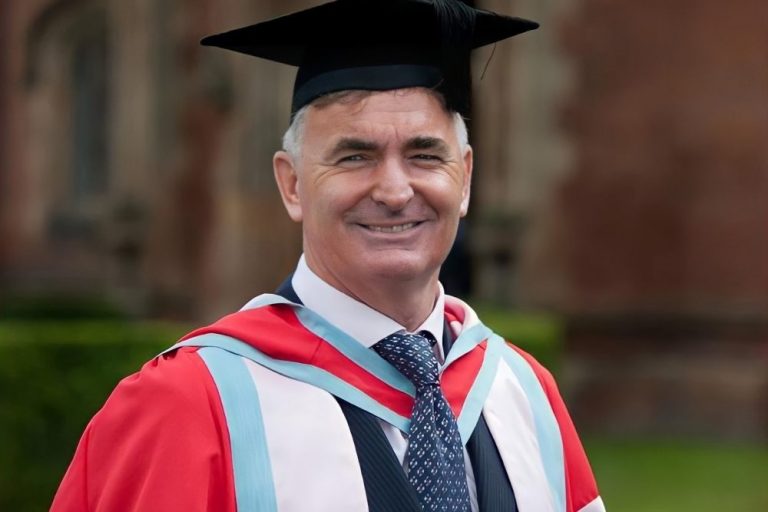 Queen’s University Belfast confers an honorary Doctorate on Brian for services to Business and Commerce. 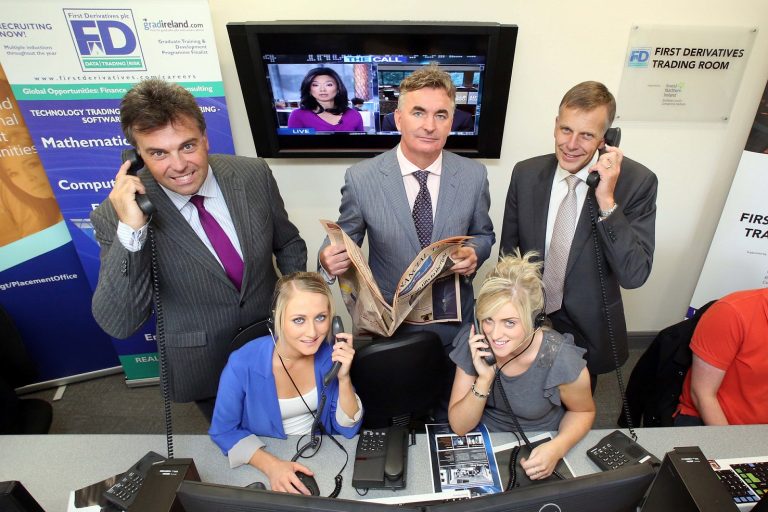 Brian becomes the Belfast Telegraph Business Personality of the Year 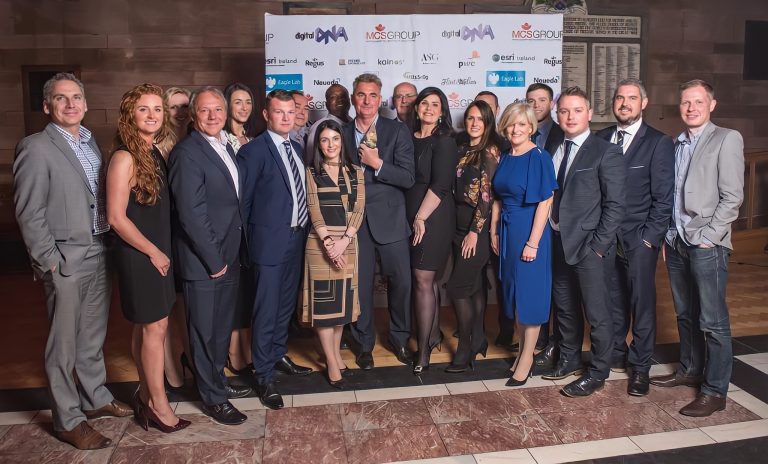 2018
Director and AIM Entrepreneur of the Year 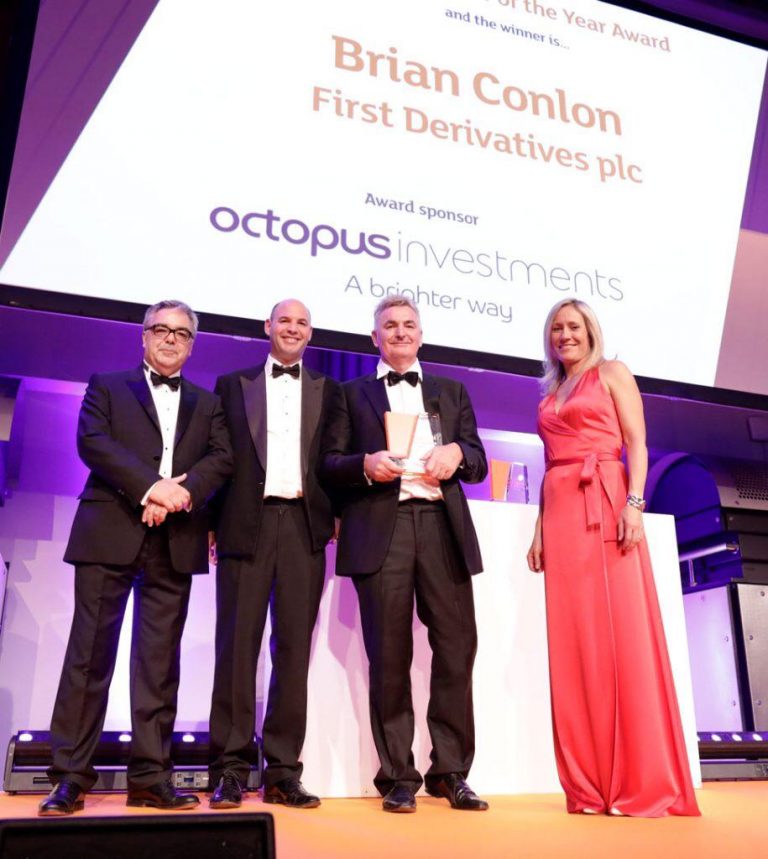 The Institute of Directors names Brian Conlon - Director of the Year. In the same year Brian became AIM Entrepreneur of the Year.

From £5k seed fund from Newry Credit Union in 1996 First Derivatives reached a remarkable market cap of £1bn on the London Stock Exchange.. from small acorns tall oaks do grow! 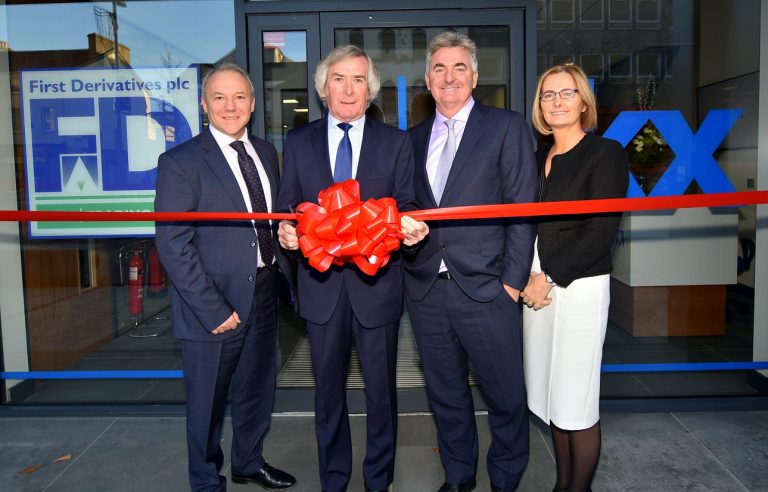 First Derivatives opens a new office in Dublin on Georges Quay with a view of Brian’s beloved Croke Park from the Boardroom Window.

Today, First Derivatives is a powerhouse in its industry. It comprises of no less than fifteen offices globally and nearly 3,000 employees. And 450 of those are employed in Newry!

“Brian put the city of Newry on the global map. An inspirational business leader with his heart in Newry”  Paul Convery

Brian In The Media

We can’t achieve our goals alone. Together, with our partners, we aim to create new opportunities and support initiatives that will anchor the pillars of the Foundation and what it aims to carry out.

Previous
Next
Our Partners

All funds donated or raised through the Foundation will be distributed directly to local charities and organisations in Brian’s honour.

This website uses cookies to improve your experience while you navigate through the website. Out of these, the cookies that are categorized as necessary are stored on your browser as they are essential for the working of basic functionalities of the website. We also use third-party cookies that help us analyze and understand how you use this website. These cookies will be stored in your browser only with your consent. You also have the option to opt-out of these cookies. But opting out of some of these cookies may affect your browsing experience.
Necessary Always Enabled
Necessary cookies are absolutely essential for the website to function properly. These cookies ensure basic functionalities and security features of the website, anonymously.
Functional
Functional cookies help to perform certain functionalities like sharing the content of the website on social media platforms, collect feedbacks, and other third-party features.
Performance
Performance cookies are used to understand and analyze the key performance indexes of the website which helps in delivering a better user experience for the visitors.
Analytics
Analytical cookies are used to understand how visitors interact with the website. These cookies help provide information on metrics the number of visitors, bounce rate, traffic source, etc.
Advertisement
Advertisement cookies are used to provide visitors with relevant ads and marketing campaigns. These cookies track visitors across websites and collect information to provide customized ads.
Others
Other uncategorized cookies are those that are being analyzed and have not been classified into a category as yet.
SAVE & ACCEPT